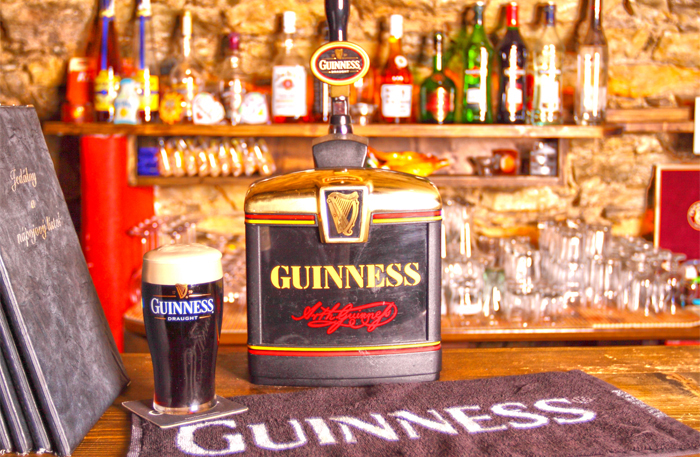 Legendary dark Irish beer from the Dublin beer brewery St. James. You can smell intensive aroma of coffee and taste the bitterness of hop. Guinness has been produced since 1759 when Arthur Guinness rented a small brewery in Dublin and started to brew the beer under his own name. At the beginning it was a fermented beer, a so-called ALE but then he switched to production of the dark beer.

Guinness is still being brewed in 35 countries according to the secret Dublin recipes and the company prides itself that people worldwide enjoy up to ten million glasses of this great dark beverage every day.

We use cookies to ensure that we give you the best experience on our website. If you continue to use this site we will assume that you are happy with it.OKMORE INFORMATION